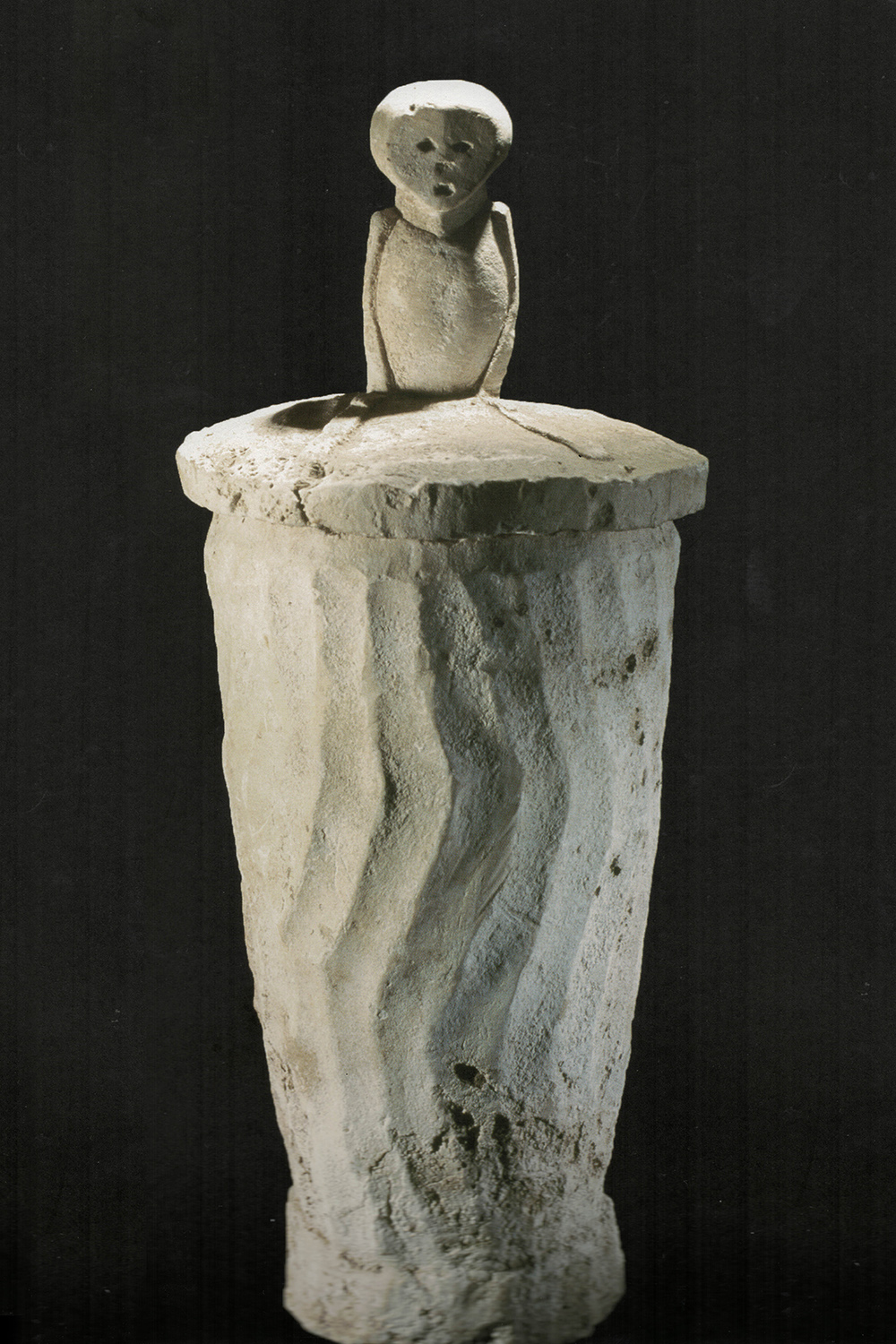 This beautifully carved small lime stone Ancestor Figure is from Mindanao Island in the Philippines. I bought this figure not knowing exactly where it was from but when I opened up the book on Philippines Art from The Musee Du Quai Branly Museum 2013 by Florentino Hornedo, I immediately knew what it was.  It is the finial of a Lime Stone Burial Jar from the 8-9th Century. See the book photos above and you can see how my little figure was originally part of the lid of jar.  This is an extremely rare and early example of an Ancestor Figure from the Philippines. The heart shaped head and simple and soft facial features give this little figure a peaceful look. The hands are held to the waist just below where it was part of the stone jar lid.

Many ancient limestone jars were discovered in burial caves in the Cotabatu region of southern Mindanao. Too small to hold a body, they were used for the secondary burial rites still widely practised in Southeast Asian communities. In these rites to honour the dead, the bones are exhumed and ritually cleaned, then laid to rest in superbly crafted vessels. The surfaces of the jars feature geometric and spiral patterns. The lids take human form,

Casal, G. et al, The People and Art of the Philippines, UCLA Museum of Cultural History, 1981.