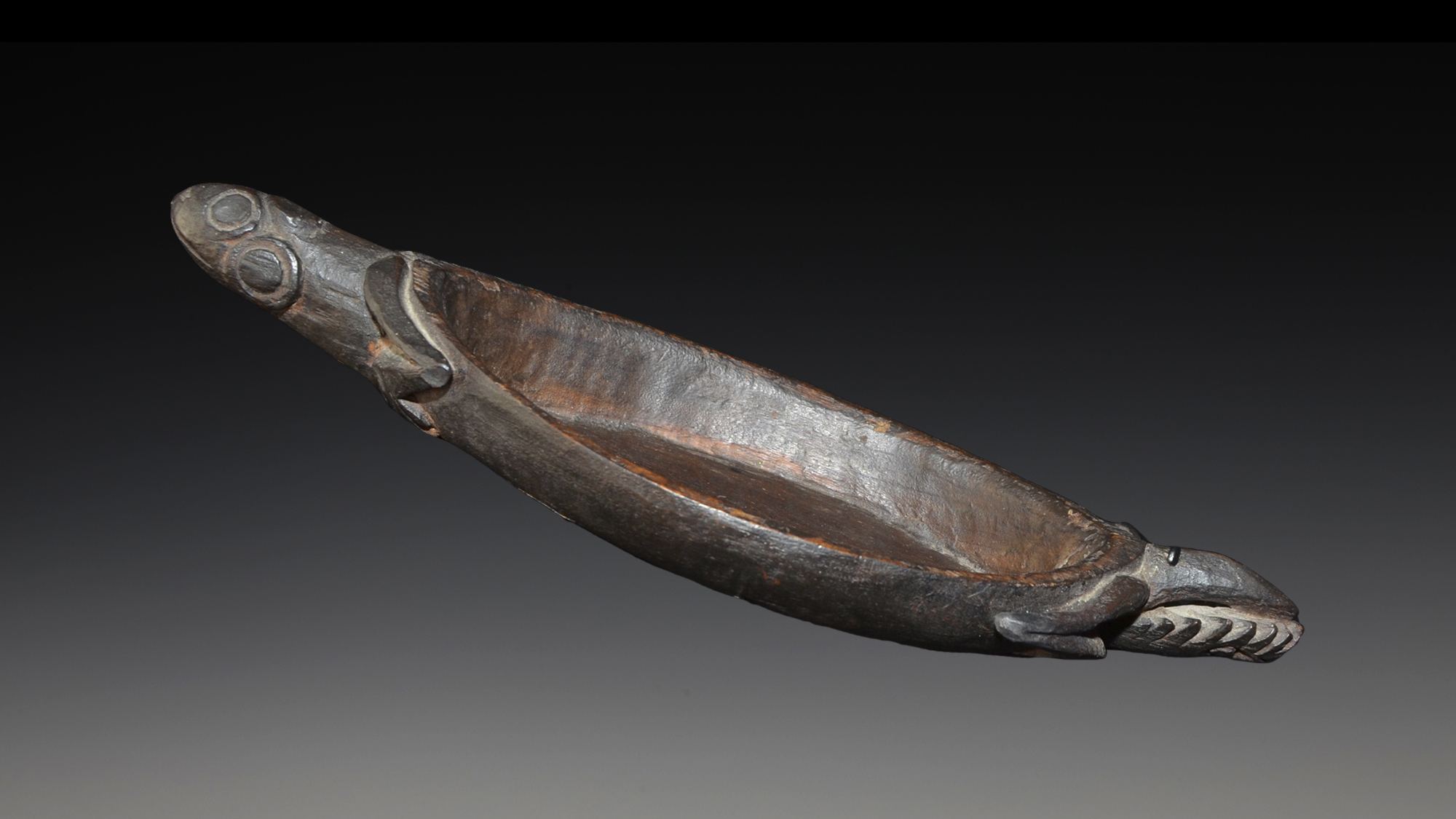 Small ornate bowls like this example were used for mixing ochre colours to paint important ceremonial objects.  Ochre was mixed with a bit coconut oil to act as a binder to get it to stick well to the painted surfaces of ceremonial artworks.

This fine example is carved in the form of a turtle or some other small totemic animal. The bowl is incorporated into its body of the turtle figure and the legs are carved outside the bowl.  There is a carved turtle head at one end and its tail at the other.  Pigment dishes were usually owned by old men who had kept and used them their whole lives. Sometimes they were family heirlooms used over several generations.

Ochre painted on ceremonial objects were said the give the object spiritual energy that brightened the object. Ceremonial artworks were usually repainted each time they were used for ceremony.

The whole bowl has an old brown black patina and it dates from the late 19th Century.