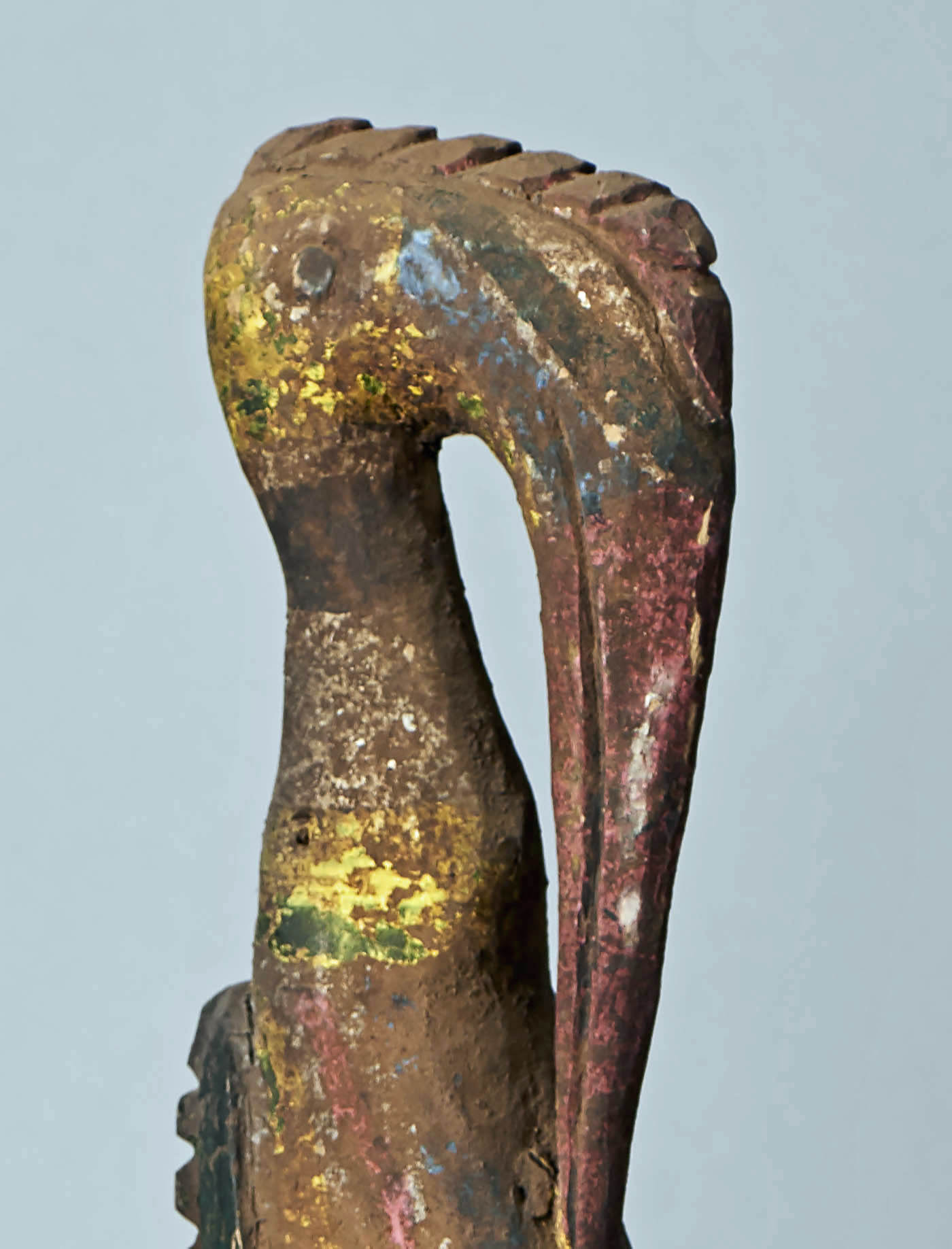 This pair of older and used Flute Stoppers are from the Middle Sepik River area of the East Sepik Province of Papua New Guinea. Finely carved & painted in the form of anthropomorphic long-beaked Birdmen.

Birds in New Guinea art can be important clan totems and also anthropomorphic spirit beings that are half-man; primordial bird-men and bird-women, who originally created the sacred musical instruments, consisting of bamboo flutes and slit gongs that were kept within the ceremonial houses and played a central role in the ritual life of their communities.

For many New Guinea peoples, flutes are among the most sacred and important of all musical instruments. Sacred flutes were made from hollow cylinders of bamboo and played, like a Western flute, by blowing through a hole in the side of the instrument near the upper end. The tops of these flutes were frequently decorated with ornamental flute stoppers like these two examples.  Some of the finest artworks made in the Sepik River area were the sacred Flute Stoppers.

These sacred flutes were used in pairs and were kept hidden in the Men’s Ceremonial House or haus tambaran.  The sound of the flutes is the voices of specific honoured ancestors and they bear their personal names.

Sacred Flutes were only seen by initiated men and played during important ceremonies.

Provenance: The  Mrs Elizabeth Pryce Collection Sydney; one of the finest Australian Oceanic Art Collections. Mrs Pryce sold most of her collection at Sotheby’s Paris on October 10 2018.