A Superb Mongolian Buddhist Thangka Painting of Yama with Consort 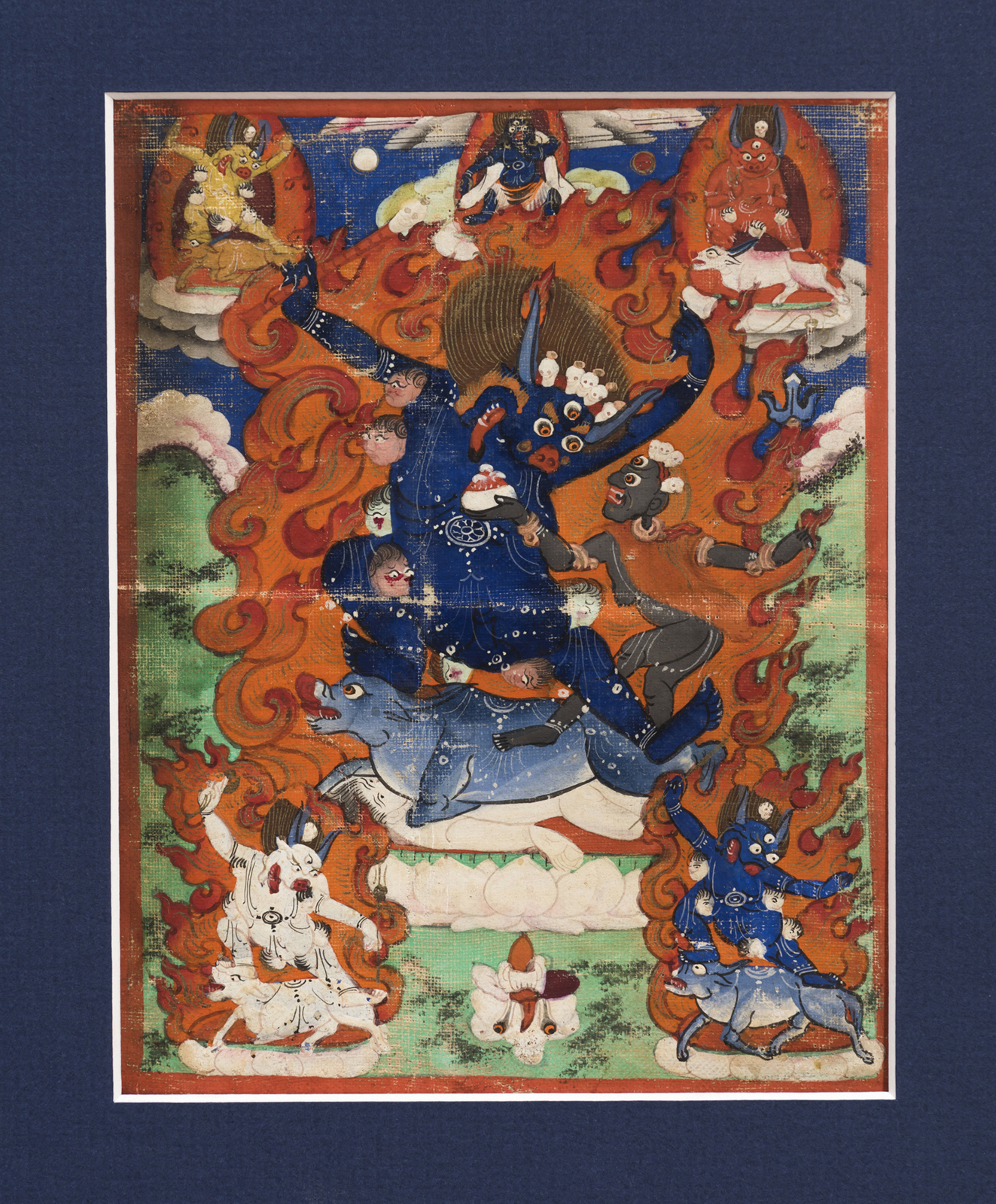 This fine Mongolian Thangka Painting of the deity Yama & Consort.  Finely painted with polychrome pigments on handmade cotton paper. Dating from the 19th Century &  with some minor loss to the paint as clearly seen in the photograph.

Yama is a Dharmapala (a wrathful god) said to judge the dead and preside over the Narakas (Purgatories) and the cycle of rebirth.
Although based on the god Yama of the Hindu Vedas, the Buddhist Yama has developed different myths and different functions from the Hindu deity. He has also spread far more widely and is known in every country where tantric Buddhism is practised.

Buddhist teaching is not something learned from books, although they certainly play a part in reinforcing what one has already learned. The prime way of learning in Tibeto-Mongol Buddhism is through one’s master’s words. A common sentiment in those lands is that, without a fully qualified master to transmit them, the Buddha’s teachings may well never have existed. In learning the many complex rituals involving sometimes hundreds of deity forms, their names, iconography, secret syllables and so on, a student must have a teacher who almost always transmits this information orally. As an aid to memory, especially where complex deities are to be learned, small cards representing these myriad forms are shown by the master to the teacher, and the details, often found on the back of each card, are read aloud by the teacher with the intention that the student retains the details in their memory. These small cards are called tsakli or tsakali. When a deity form has been fixed in the mind and one has embarked on the path of Buddhist tantra, at a certain stage one is expected to select a tutelary deity; that is, a deity that is core to one’s heart practice. This deity then becomes the focus of one being, and it is not unusual for both monks and laypeople to spend a great deal of money commissioning a large painting of such deities. These scroll paintings are known as thangkas ”