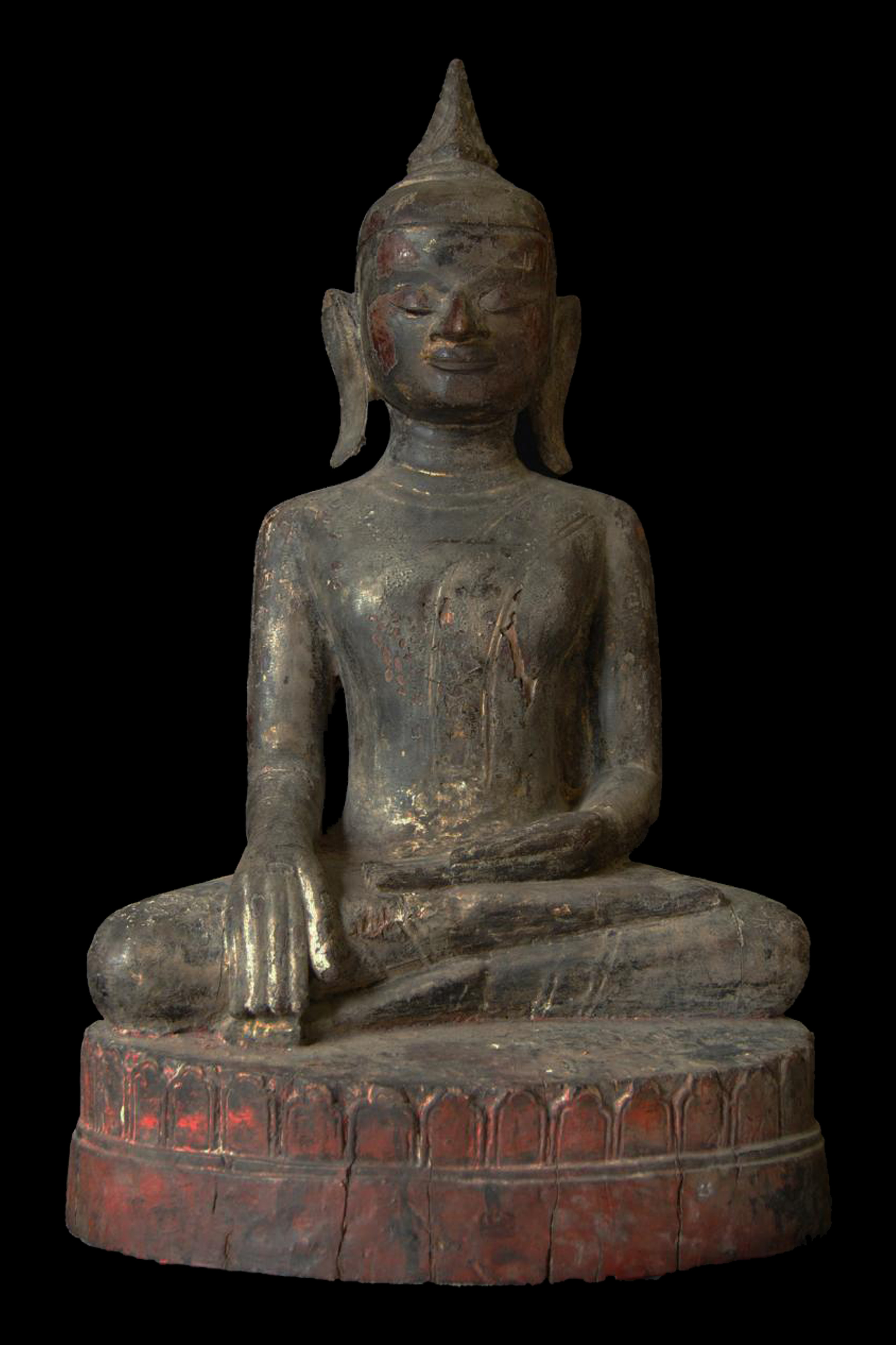 This superb old Buddha Figure is from  the Shan State in Burma.  Carved from a single large piece of teak wood and covered in traditional lacquer and with traces gold leaf.

This beautiful Buddha is dressed in relatively simple monastic robes, defying his princely status. He sits cross-legged on an ornate platform, in bhumisparshamudra – his left hand rests, palm upward, on his lap, and the right hand rests over his right knee, calling the earth to witness.  The Buddha with characteristic Shan traits including a triangular face delineated with a broad forehead, eyebrows that arch high over his narrowly opened eyes, a pointed nose, pursed thin lips, large and elongated ears, and a short neck. His hair coiffed in a lovely ushnisha is topped by a pointed crown. Shan Buddhas, like this example, are often seated in Vajrasana pose with hands in Bhumisparsha or calling the earth to witness Mudra, his left hand on lap with palm upright and his right hand touching the earth. This Mudra symbolises the moment of Buddha’s enlightenment. According to legend, Siddhartha Gautama (the historical Buddha) was attacked by a demon Mara with legions of frightful monsters. They intended to scare Siddhartha away from the sacred Bodhi tree. However, Siddhartha would not move. Mara then dared to claim Siddhartha’s seat of enlightenment for himself, claiming that his spiritual deeds were more significant than Siddhartha’s. Mara’s monsters cried out, “I am his witness!” and Mara looked at Siddhartha and challenged, “Who will speak for you?” Siddhartha’s replied without words. Instead he reached out his right hand to touch the earth, and the earth boldly pronounced, “I bear you witness!”