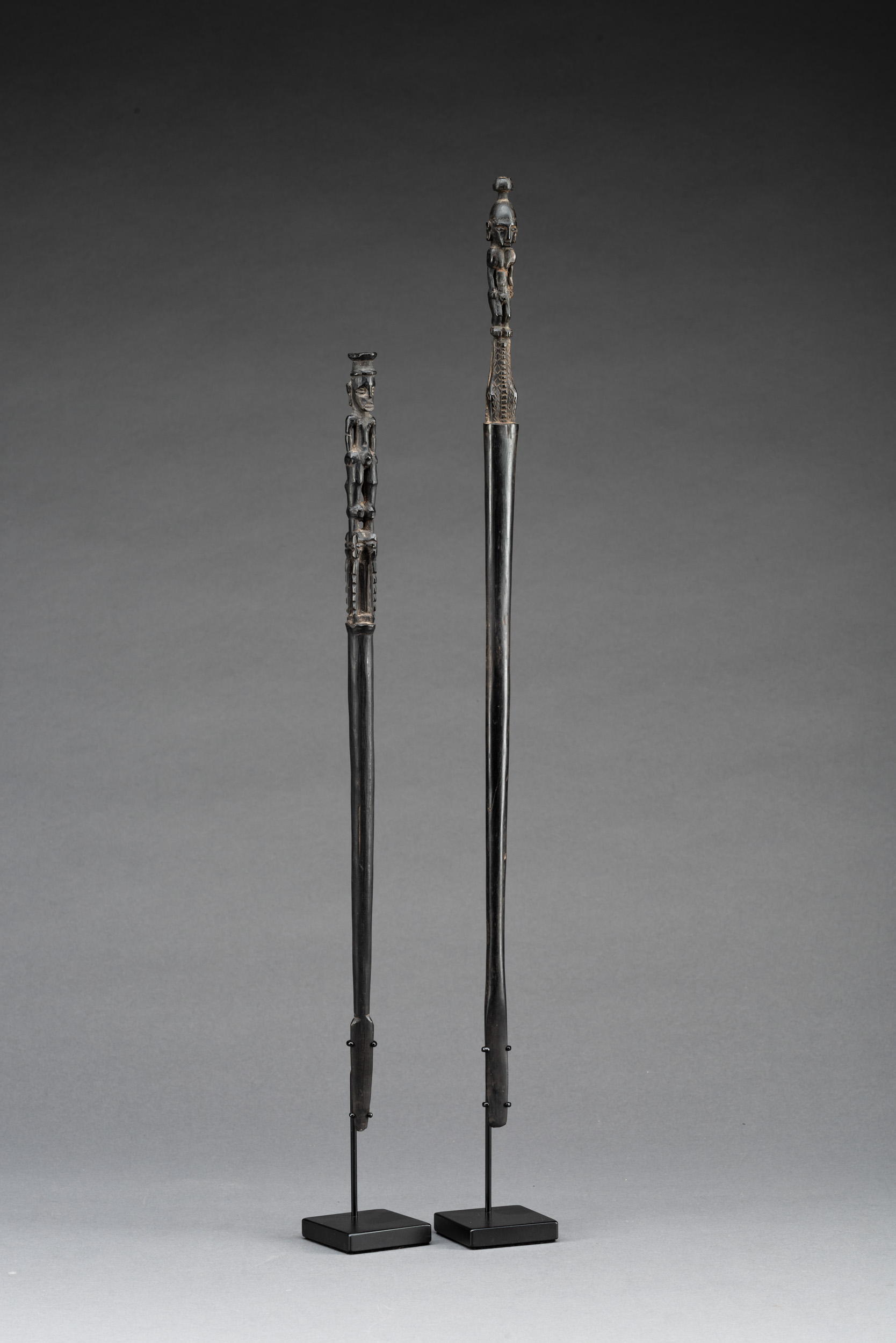 This pair of fine 19th Century Islands Lime Spatulas are beautifully carved with ancestor figure finials, the figure on the right is of a classical Admiralty style , the male figure is standing on a crocodile head which is an important clan totem,  the Spatula on the left in this photo shows a standing male ancestor and wearing a distinctly German army hat.  The Admiralty Islands were part of Germany New Guinea from 1884 until 1912 when the Australian and British authorities kicked the Germans out of New Guinea during WWI.

The utensils made for chewing betel nut are some of the most beautiful small scale carvings made in New Guinea and these lime spatulas are great examples powerful small  sculptures.

Provenance: Francis Edgar Williams (1893-1943) born in South Australia in 1893. Williams gained a diploma of Anthropology from Oxford University. In 1922 he became assistant government anthropologist in Papua and two years later he took the full position of Government Anthropologist , he carried out extensive anthropological work in  a number of areas in Papua & published several books such as “ The Papuans of the Trans Fly 1936 “.  Williams died in New Guinea in a plane crash during WWII.