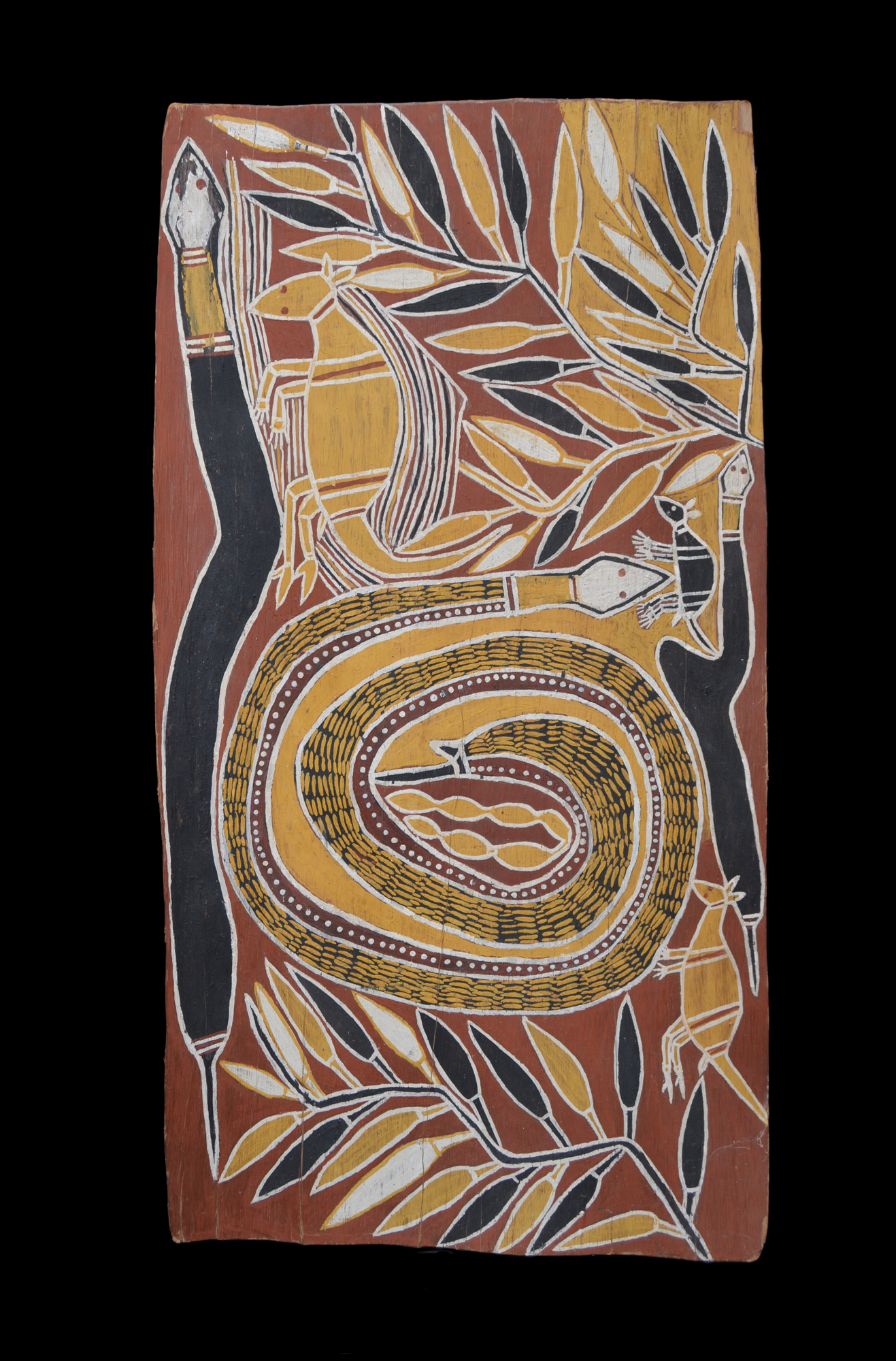 This beautiful older Bark Painting is from the Central Arnhem Land area of the Northern Territory of Australia. The Painting is Depicting Wititj the Olive Python coiled around her eggs, Circa late 1960s-1970, there are also two Wallaby’s and eucalyptus leaves and another snake in the painting.

Wititj who appears in the sacred Wagilag Sister’s Story. A simple version of the story goes like this. The Wagilag are two sisters who traveled from south Arnhem Land (the Roper River area), eventually reaching a sacred waterhole in which, unknown to them the python Wititj lived.

The foods the Wagilag sisters caught and collected, when placed on a fire, jumped up and disappeared into the waterhole. When one of the sisters gave birth to a baby, Wititj smelt the afterbirth blood. Disturbed by this and by all the creatures jumping into his waterhole, the monstrous python emerged and swallowed the two sisters and the child.

The painting is in good condition and the ochre colours are still bright & beautiful.

Provenance: The Todd Barlin Collection of Oceanic and Australian Aboriginal