A Collection of Three Fine Old Shigaraki Vases from Japan 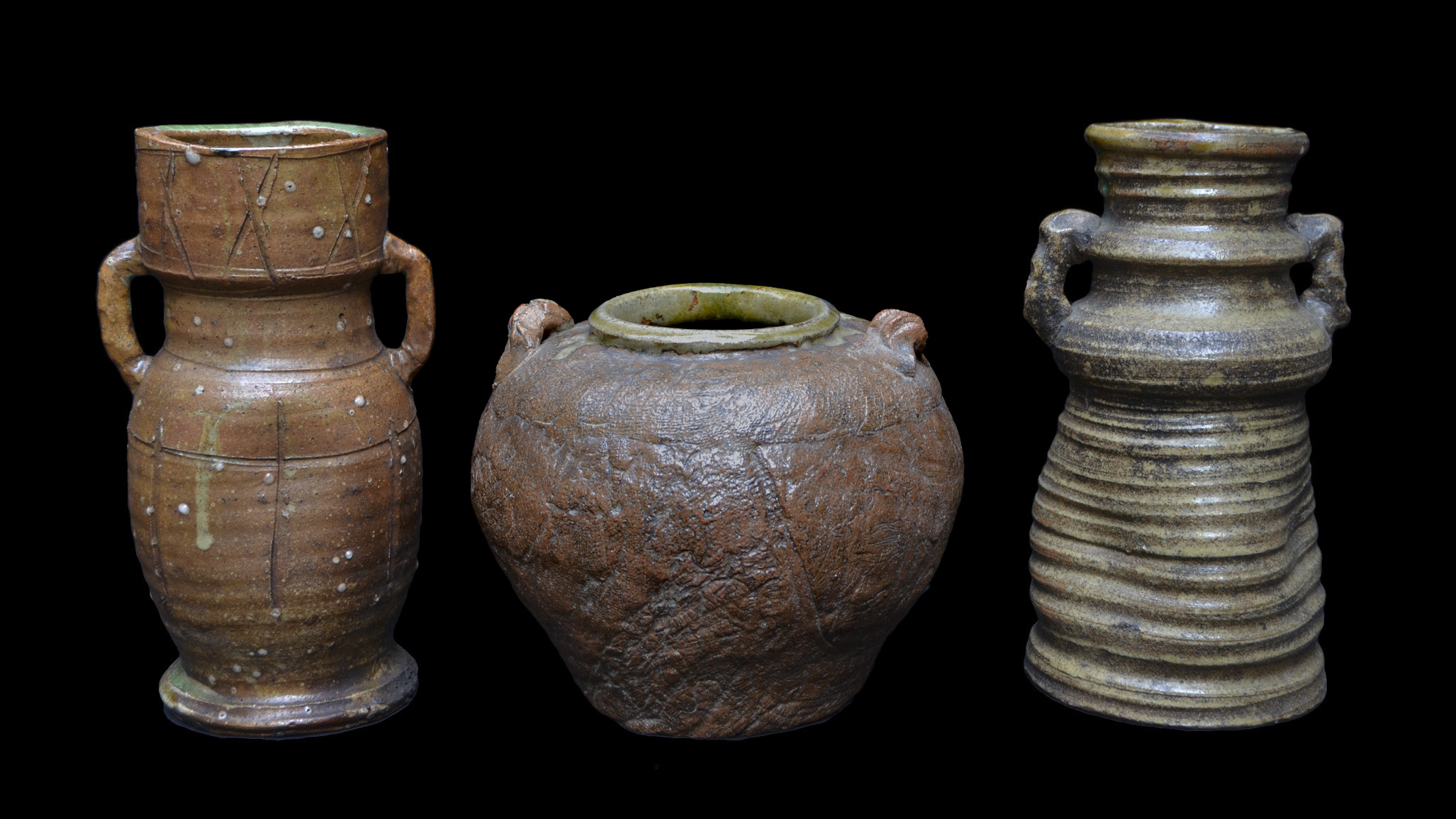 Shigaraki (信楽焼) is one of the areas of the six ancient kilns in Japan, located near Kyoto and using a clay & glazes that were developed over centuries, the beautiful natural forms & drip glazes termed Wabi Sabi. In traditional Japanese aesthetics, wabi–sabi (侘寂) is a world view centred on the acceptance of transience and imperfection. The aesthetic is sometimes described as one of beauty that is “imperfect, impermanent, and incomplete”.

Classic Japanese ceramics, which matured and flowered in the early shogunate period, are guided by the aesthetic of “wabi-sabi”.

This approach, which reflects the ideals of Zen Buddhism, embraces simplicity, naturalness, ageing, and irregularity. These effects were achieved with several techniques. Vessels were moulded manually, instead of being precisely shaped on a potter’s wheel. Baking was conducted at relatively low temperatures, thereby avoiding the glassy, polished look of high-temperature ceramics. Instead of being allowed to cool gradually, hot vessels were removed from the kiln and plunged into straw or water, causing such effects as warping, crackles, and distorted colours.