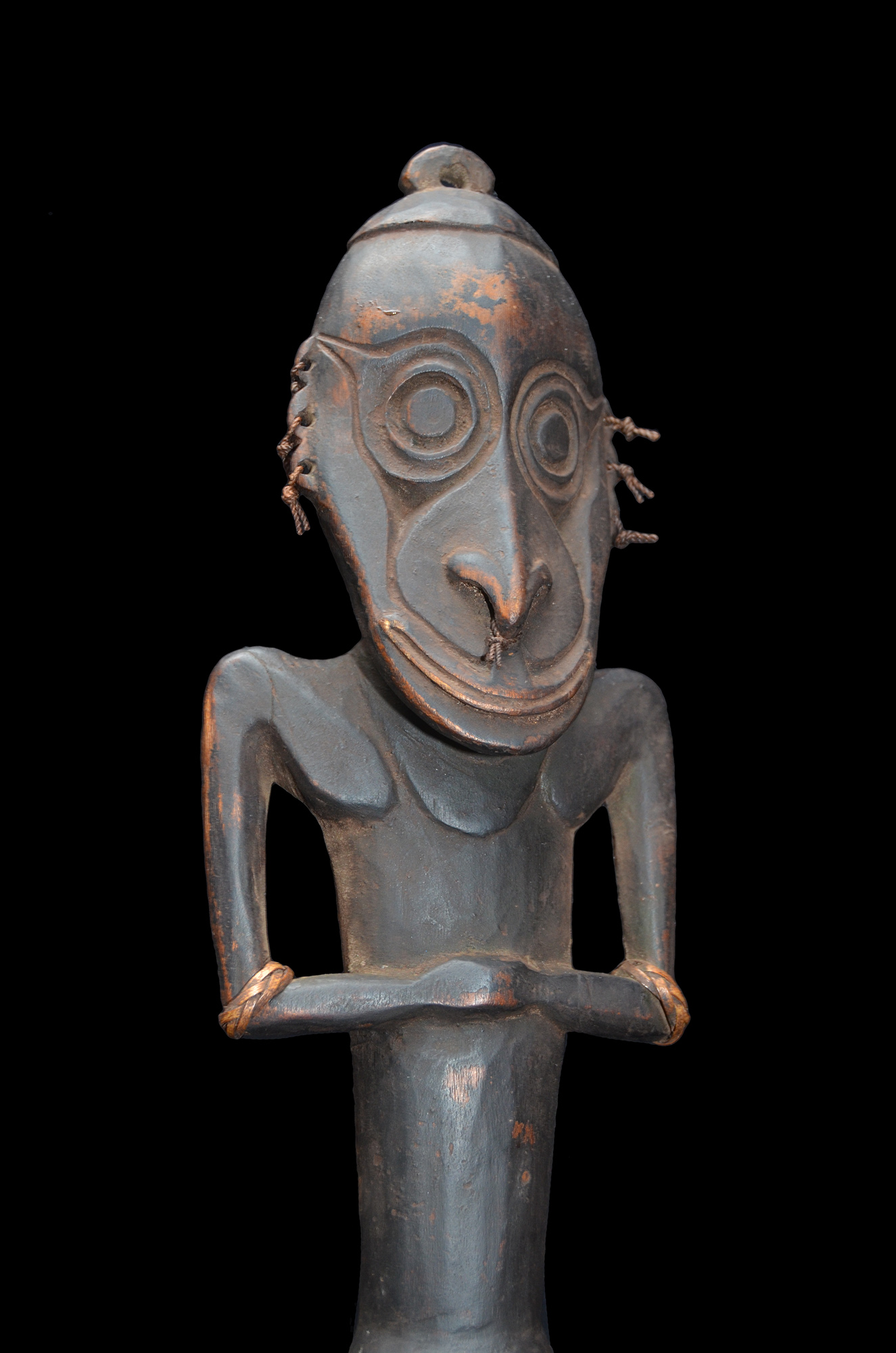 This older and used Flute Stopper from the Middle Sepik River area of Papua New Guinea. Finely carved in the form of Male Ancestor Figure torso.  The expressive face with round eyes and small fibre string tassels decorating the ears and nose. For many New Guinea peoples, flutes are among the most sacred and important of all musical instruments. Sacred flutes were made from hollow cylinders of bamboo and played, like a Western flute, by blowing through a hole in the side of the instrument near the upper end. The tops of these flutes were frequently decorated with ornamental flute stoppers like this example.  Some of the finest artworks made in the Sepik River area were the sacred Flute Stoppers. Flute stoppers portray stylised human images or images of  totemic animals. These sacred flutes were used in pairs and were kept hidden in the Men’s Ceremonial House or haus tambaran.  The sound of the flutes are the voices of specific honoured ancestors and the bear their personal names. Flutes are also associated with crocodile spirits and flutes were used during initiation rites in which novices had cuts made on their backs and chest that healed into permanent scarification that resemble crocodile skin and marking them as initiated individuals. Sacred Flutes were only seen by initiated men and played during important ceremonies.

The Flute Stopper dates from the 1950’s