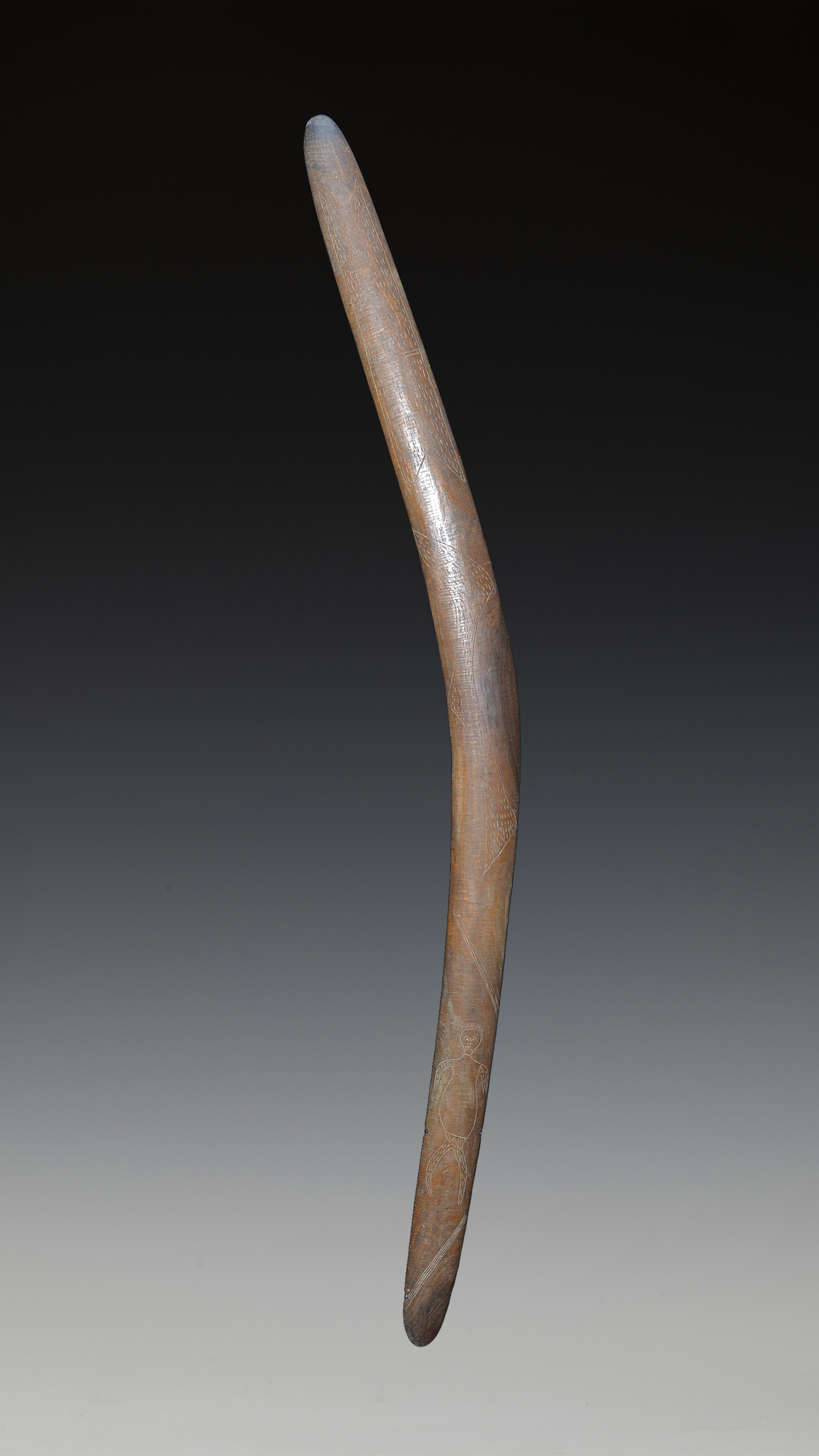 Large Fighting Boomerangs Clubs are extremely rare and are highly sought by collectors because of their size graceful shape. This Boomerang has finely incised designs including a human figure and above the human figure is other designs that look like a landscape and could be read as a human figure traveling through the landscape or the owner’s traditional lands.  The figure reminds me of the rare abstracted carved wood figures from Jigalong. Jigalong is in the Pilbara area of Western Australia.

Provenance: Ex Dr Gerald Holt Collection. Late 19th Century. Painted in white paint on boomerang is H16 which is clearly a Holt Number in his own handwriting.

The Dr. Gerald Holt Collection was one of the most famous early collections ever privately assembled in Australia belonged to Dr. Gerald Holt. He was first exposed to Aboriginal culture on his father’s cattle station in Queensland. His habit of trawling through shops that sold artifacts in the years prior to World War I became a life-long hobby. Fascinated by them since childhood, Holt discovered that boomerangs had many uses. They could be thrown above a flock of flying birds in a manner that resembled the movement of a hawk. This would send the birds diving toward the ground, where they were caught in nets or killed by missile clubs. Boomerangs were also thrown at fish, used for sport, as musical instruments when two were tapped together, and to start fires when rubbed briskly across Beanwood shields. Some of the finest examples were never thrown but owned as prestige items by important men and sometimes traded over great distances.

Boomerangs are also unique as they were used both as sacred objects when painted for ceremonies, and as secular utilitarian hunting tools when the paint was washed off. Holt recorded seeing Aboriginal men use them to spectacular effect during corroborees. They would light both ends and then throw them like catherine wheels, spinning through the night sky. After European settlement music hall performers used them to amaze their audiences with feats such as catching a thrown boomerang whilst blindfolded.